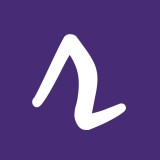 The Ford Mustang and Chevy Camaro have been battling it out for decades. Choosing one over the other can be pretty hard, but it all depends on what you want in a muscle car. They’ve both evolved quite a bit over the years, but has one pulled ahead?

How much are you willing to pay for your next muscle car? No one wants to make huge payments for years, but sometimes it’s worth paying a little extra to get a nicer vehicle. Thankfully, you won’t have to pay a lot extra for either of these great autos.

Sure, the extra cost isn’t much, but is the Camaro worth it?

You want a muscle car, but that doesn’t mean you want a gas guzzler. With current technology, you may expect your vehicle to get high gas mileage without sacrificing any power. Well, the Camaro may be for you. Between the two, combined averages for city/highway driving are essentially the same. Direct comparisons are a little more tricky. With no less than eight different trim levels of each model, combined city/highway fuel economy averages anywhere from a high of 25 mpg to as low as 19 mpg depending upon which of the three engines you choose (I-4, V-6, or V-8).

You’re buying a Camaro or Mustang for the power and fun, right? These are pony cars after all!

If you’re looking for power, we’ll skip the V6 and look straight at the V8. For the Camero, there are two versions of the 6.2L V8 engine. The two available SS trims will net you 455-hp with a standard 6-speed manual transmission. There’s also an optional an optional 8-speed automatic transmission available (for those who want to have less fun). If you’re truly wanting a strictly performance-focused machine, the ZL1 trims and their 650-hp engines are what you’re looking for. They’ll take you from 0 to 60 mph in about 3.5 seconds…but they’ll also take upwards of $60,000 out of your bank account.

The Mustang’s GT trim is where you’ll find a 435-hp V8 engine that comes with a six-speed manual transmission, with the option of a six-speed automatic should you choose to go down the less exciting path. But if you’re wanting something to compete with a $60,000 Camero, steer yourself toward the famed Shelby nameplate. Having 526-hp, it might not reach the highs of the Chevy, but this Mustang will have you tearing up the track—or highway—nonetheless.

It’s natural for people to be curious about the four-cylinder Camaro since Chevrolet recently brought it back for the first time since the 1980s, but is it worth a purchase? Well, the four-cylinder isn’t in a great position, according to Car and Driver. It lacks the power you’d expect from a Camaro, with the 2016 four-cylinder Camaro going from zero to 60 in 5.4 seconds. However, upgrading to the V6 or the V8 outperforms both the Mustang and the Challenger. It shifts quickly, gives you plenty of power, and has a light curb weight that makes a huge difference on the road.

The great thing about the Mustang is that it’s easy to drive and generally pain-free. It’s also quiet and composed on the highway, even if the ride can be a little bouncy from time to time. The V6 engine makes it a strong choice, but it still can’t out-perform the Camaro’s V6 engine. It has respectable horsepower and fuel economy for the class, but if you want that extra oomph, the Camaro may be worth the cost. Which 2017 Chevrolet Camaro is Right for You?