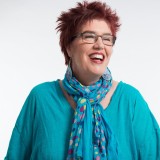 Tuition is much lower.

Community colleges are notorious for having low tuition costs. This low price is due in part because most don’t provide dorms and rarely have extra facilities like a gym or stadiums. Two-year colleges also only require that teachers have a master’s degree to instruct rather than their doctorate. Finally, there are typically more adjunct instructors at two-year colleges, which will reduce the overhead cost. Ultimately, these savings are passed onto the students. On average, most two-year colleges cost $3,300. Compare that to the average cost of universities, which is $9,000. The cost will depend on where you live, so be sure to compare the prices of your local programs.

You can live at home.

Community colleges don’t have dorms, so this means you can live at home. If possible, living at home with your parents will save you the most money. Even if you have to pay rent and utilities, it will be much less than the cost of living in a university dorm room. If you do have to live in an apartment that you rent on your own, you’ll still end up saving more money. Students on average pay around $8,800 per year to live on campus in a dorm. Depending on your apartment, you may be looking at a savings of $1,000 or more per year!

You live closer to the college.

The population of students that have to drive a substantial distance to their universities is on the rise. Some experts believe that as many as 86% of students define themselves as “commuter” students. A commuter student is defined differently by each university, but these people usually live 30 minutes to an hour away from their institution.

Community colleges are placed in strategic areas that allow many students to travel short distances. Most people only need to drive 15 to 30 minutes to get to their community college! Overall, this will save you quite a bit of money. You’ll spend less on gas, and since you won’t be driving as much, you’ll also lower your risk of a car accident (which will undoubtedly save you money in the long run). There are also fewer maintenance costs on your vehicle such as oil changes and repairs if something breaks.

You can test the college experience.

So many people begin their academic career without realizing that it isn’t the right plan for them. Sometimes people can feel as though they’re being thrown into a shark tank when they begin school at a four-year university. Then, on top of the stress, they are out thousands of dollars. Since community colleges are so much cheaper, you’re able to test the waters and see if college is the right plan for you. If it isn’t, then you’ve spent less money, and the stress is much less overwhelming. If you decide to stay, you get good practice before attending a university. What is a Junior College? How to Find the Best Online College for You