Cable, Satellite, or Online Streaming: Which TV Service is Best for You? 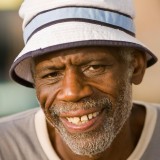 With cable, satellite, and online streaming, the many ways of watching television can seem endless. Choosing which one is best for you might be a little difficult, so we’re here to help by explaining how the services work, the cost, and when you would subscribe to each.

Cable television is by far one of the most popular ways of watching your favorite channels. To get this service, you would need to subscribe to a company such as Comcast, Cox, or Time Warner, and then you would be given television service via a coaxial cable. This cable is connected to a device that will relay signals to your TV.

The cost of cable depends on what channels you want to have access to and whether you want to bundle some services together, such as your cable and internet. The exact price of these packages will vary depending on your location. Your cable bill could be as low as $30 monthly or as high as $200 per month.

One thing that remains relatively steady about the cost of cable TV is the price of the equipment. This generally includes the device you use to connect the coaxial cable to the TV. Comcast, for example, charges around $5-$10 per month for this equipment. Cox charges customers $6.99-$9.99. You can always ask how much a cable company will charge for their rental equipment.

Cable is ideal for people who live in urban areas or apartment buildings. This is because tall buildings can cause issues with satellite signals. If you need internet services as well, bundling can help to save you money in the long run.

Satellite is also a common option and it works by receiving signals from a transmitter located at the broadcasting station. Information travels through the air to your dish, which takes the radio signal and turns it into a watchable channel. There are several different satellite providers available, but companies such as Dish and Direct TV are easily the most popular.

Since the amount of users who use satellite television is on the decline, you can often get a better deal compared to cable. One example is the current promotion that Dish is offering, which allows you to get 190 channels (including 50 premium channels) with free HD at the low price of $49.99 per month for three months. Like cable, the cost of satellite will vary depending on your location and what channels you want. Premium channels will cost more, but you will generally end up paying anywhere from $19.99 to $140 or more per month.

The biggest expense of having satellite TV is the equipment that is required. A dish and receiver can cost anywhere from $69 to $399, and the rental for this equipment is around $6 to $10 per month. Be sure to ask about the price of the equipment before purchasing to avoid a shock when you open the bill.

Satellite is often the first choice for people who live in rural areas because cable is usually not available. If you live in a relatively mild climate and aren’t surrounded by buildings, installing a satellite dish is the way to go. The signal will be optimum, and you’ll also typically end up paying less compared to cable.

Online streaming is a relatively new way to watch TV, but it has exploded in popularity in the last five years. Streaming services work by using your internet similar to when you watch YouTube video. A request is sent to a server, which then relays what you want to view through your television.

The price for online streaming services is the same all over the United States, whether you live in New York or California. Most users choose streaming services such as Netflix or Hulu. Both services offer subscriptions for as low as $7.99/month, but the price can vary depending on what shows you want access to, and how many people are using the service. Netflix offers packages that allow you to stream movies and TV on two or four different screens, but this will increase your monthly price.

When you are considering the cost of online streaming services, you need to factor in the price of the device as well. You cannot access Netflix, Hulu, or any other streaming service with just a regular TV. Smart TVs come equipped with apps for online streaming companies, but you may have to purchase a device such as a Roku ($39.99-$129.99) or Chromecast ($35), but this will be a one-time fee.

Streaming services are an excellent option if you care more about specific shows rather than about watching a particular channel. If you’re looking for a cheaper option to watch TV or movies, streaming is your best option.

Is High Speed Business Internet Worth the Cost?