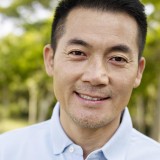 A sinus infection, or sinusitis, occurs when the tissue of the sinuses becomes inflamed. Affecting more than 30 million Americans each year, sinus infection symptoms often mimic those of a cold: runny nose, congestion, headaches, and a general malaise. It is often mistakenly thought to be one of these mild viral infections — but sinusitis can become much more serious, usually requiring a round of antibiotics. Here’s a look at the causes of a sinus infection.

While sinus infection causes are roughly the same across the board, specific causes may be more likely to cause a specific type of sinusitis. There are several prevalent types of sinus infections.

The sinus tissue has small holes and tiny hairs across it and is normally covered in a layer of mucus that cleans out things like out dust, dirt, and microbes. If too much mucus is produced the holes become blocked, and the hairs responsible for cleaning are essentially paralyzed. Infection results when mucus gets stuck in the holes and nasal passages as unwelcome germs begin to grow and spread. Generally it is a bacterial infection but it can be viral or fungal, particularly in people with poor immune systems.

Certain things can specifically cause a sinus infection. For example, the common cold is a frequent precursor to acute sinusitis. In many instances, recurrent sinusitis can be a problem before chronic sinusitis develops. Chronic sinusitis can be caused by anatomical abnormalities, respiratory issues or illnesses, as well as other diseases.

Common anatomical developments that cause sinus infections include nasal polyps and a deviated septum. Nasal polyps are small growths of tissue that block nasal passages, making it difficult for mucus to flow smoothly, and resulting in the inflammation that causes sinusitis. A deviated septum refers to a condition in which the cartilage that separates the two sides of the nose is off-center. This can too block the narrow passages in the sinuses, often one more than the other. Additionally, some people are born with sinus passages that are simply too narrow to begin with.

Respiratory diseases, particularly chronic ones, can highly increase the chances of a sinus infection. Along with the common cold, rhinitis and other allergies that present in the respiratory system can interfere with the smooth flow of mucus and cause congestion or inflammation, leading to sinusitis.

According to the Mayo Clinic, chronic diseases like cystic fibrosis or gastroesophageal reflux diseases (GERD) can result in complications that make it easier for a sinus infection to develop. Autoimmune diseases such as HIV also increase the likelihood of these chronic infections, because the immune system cannot fight off germs as effectively.