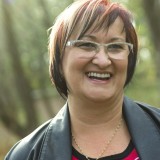 Many standard forms of medical treatment involve correcting a problem that the body cannot correct itself. However, thanks to relatively recent discoveries, doctors are now able to help patients’ bodies address immunity-related problems themselves with a treatment known as immunotherapy.

The main goal of immunotherapy is to stimulate the body’s immune system into giving a desired response. Sometimes that response is attacking an invading substance, while other times it’s refraining from unnecessarily attacking a harmless one. These are known as activation and suppression immunotherapy, respectively, and here is a look at how they work and what conditions they treat.

Activation immunotherapy attempts to stimulate a patient’s immune system in order for it to detect and destroy certain diseases. This particular form of immunotherapy is most commonly associated with the treatment of cancer.

Cancer immunotherapy works to destroy the disease by providing the immune system with disease-fighting proteins known as monoclonal antibodies. The body creates these naturally as a response to antigens, or harmful foreign substances, but sometimes a cancer patient’s immune system is unable to detect the presence of cancerous cells. Because of this, monoclonal antibodies must be harvested in a laboratory and injected intravenously.

To help the immune system identify and attack cancer, the monoclonal antibodies attach themselves to parts of an unhealthy cell that are not present on a healthy one, thereby “marking” them for destruction. However, cancer immunotherapy provides additional benefits to patients as well.

For one, the monoclonal antibodies can also help regulate and stop the uncontrolled growth and reproduction of cancer cells. During normal cell reproduction, chemicals known as growth factors attach themselves to receptors on the cell’s surface to initiate the process. However, cancer cells have additional receptors that allow them to reproduce at a much more rapid rate. Monoclonal antibodies work to reduce this by limiting the number of working receptors on the cells.

Additionally, cancer immunotherapy can help other forms of treatment more effectively reach their target. Many times, cancer drugs inadvertently damage healthy cells in addition to cancerous ones, but since monoclonal antibodies help the body make a distinction between the two, the risk of this is lessened. This leads to fewer side effects and faster recovery times.

Unlike activation immunotherapy, suppression immunotherapy helps to lessen the effects of an unwanted immune system response. Allergy shots are the most commonly known form of this treatment.

When a patient receives an allergy shot, the doctor is actually injecting a small amount of the substance he or she is allergic to. At first these injections may cause an allergic reaction, but over time, symptoms should begin to lessen as the body becomes more accustomed to the substance.

While allergy shots are an effective form of immunotherapy, they require a lengthy and rigorous schedule. For the first few months, patients must get injections once or twice weekly. Over time, these injections will start to contain increasing amounts of the substance, until they reach the “maintenance level.” At this point, patients will receive roughly two shots a month for half a year. In the final stages of suppression immunotherapy, patients will get one shot a month for up to five years. The allergy shot process is already quite long and involved, and any missed injections will only lengthen the amount of time that it takes for patients to see results.

Most people will experience only mild symptoms when receiving allergy shots—including itching, redness, or sensitivity near the area of injection. However, in rare but severe cases some people may experience anaphylactic shock, which is a life-threatening condition. For this reason, doctors will typically urge patients to stay in the office for up to an hour after the shot to ensure they don’t experience severe side effects such as this. 9 Ways Pets Can Improve Your Health