Is an MBA Worth the Investment? 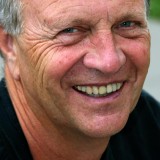 The question of whether an MBA is worth your time and money depend on how a person views his or her current career path and whether or not it could possibly improve with an MBA.

To many people, acquiring an MBA increases their pay, helping them to establish a start-up company. Well known websites such as Yelp and Angie’s List are examples of start-up companies founded by MBA graduates.

Although he began the Harvard MBA program in 1947 but dropped out in 1949, billionaire Warren Buffett credits his success and wealth to the basic knowledge he acquired during his MBA program exposure.

The majority of students in most MBA programs already have successful careers in the business world. During their MBA educational experience, many students maintain that the exposure to an unbelievable network of professors who encourage them, act as sounding boards for ideas, make job placement recommendations, and offer mentorships speaks well of the value of an MBA degree.

Getting a Return on Your Investment

In making the decision to pursue or not to pursue an MBA degree, the best advice given to prospective students is to seek counsel from those you trust and value in the financial world. Self-examination is of paramount importance because pursuit of an MBA will require self-discipline, determination, and dedication for a minimum of 18 months to two years of intensified study. Since only 10% of candidates who apply to the top ten MBA programs are accepted, and educational expense is often totally financed by one’s employer, it is paramount to draw attention to your value on the corporate ladder chain before requesting this type of assistance.

Does an MBA Really Give You a Leg Up?

Recruiters representing consulting firms, investment banking, venture capital, and insurance underwriters admit that they favor hiring MBA graduates. However, in recent years the consensus of opinion is that the economic downturn of 2008 was triggered by MBA graduates who lacked ethics education and had no respect for money belonging to others, functioning in the real world as though they were playing the Parker Brothers Monopoly board game.

Former President George W. Bush is the only MBA degree holder to ever occupy the oval office. MBA graduates who are not accepted by one of the top five to ten schools are normally not considered by major firm recruiters. This factor may force them to flip their tassel, take a lower paying job, or assume a place in the unemployment line and be saddled with a huge student loan debt. Getting an MBA Online Jobs You Can Get With a Business Administration Degree